You think you've got nothing to hide, and therefore nothing to fear? Think again, this argument is fallacious and denies the value of data privacy. It implies that the desire to keep certain aspects of your life private, including from Big Tech or GAFAM companies, necessarily means you're covering up wrongdoing.

Of course, that's not true. Not handing your unlocked phone to the first who comes along doesn't make you a criminal. There are more than a few aspects in your life worth keeping private, even without wrongdoing.

So, why is privacy important? Privacy helps us to freely express ourselves and explore our personality without being judged or stigmatised. Or to shield us from surveillance, censorship, manipulation and identity theft. That's why curtains were invented. And things like banking secrecy, attorney-client privilege, secrecy of correspondence, secrecy of the ballot, confessional secret or medical confidentiality.

We tend to forget that privacy is a fundamental right. It’s enshrined by the UN Human Rights Council, the International Covenant on Civil and Political Rights and a number of international privacy laws.

We need to prevent companies and governments from permanently recording our conversations, memories, location, medical history, and much, much more. To paraphrase Geoffrey A. Fowler from the Washington Post: "Online privacy is not dead, but you have to be angry and patient enough to obtain it".

Big Tech, or the so-called GAFAM companies, are large and dominant tech companies like Google, Apple, Facebook, Amazon or Microsoft. They excel at turning users into a product. Private data ownership is a key ingredient to their business model, which is usually build around seemingly "free" services, lock-in, tracking and ad targeting.

Google and Facebook have been most successful at this game. And while Apple, Amazon and Microsoft have not (entirely) built their business around spying, they remain privacy threats. In fact, they hugely benefit from doing business with data brokers and privacy offenders. All five companies — often called the "Big Five" or "Big Tech" — regularly face allegations or are condemned for data collection and tracking malpractices, civilian surveillance, breaches of privacy rules, tax avoidance, antitrust concerns, erosion of ethical standards, reported labor abuses and so on.

Yet in spite — or because of — these questionable practices, the market value of Big Tech is skyrocketing. In 2021, the value of these companies reached almost 9 trillion dollars. If Big Tech was a nation, it would be the world's third largest economy, right after the US and China. "Big Tech" is now worth more than Germany’s and the UK's gross domestic product – combined!

"Information is power. But like all power, there are those who want to keep it for themselves". As early as 2008, Aaron Swartz condemned private corporations for centralizing, digitizing and locking up information in his controversial Guerilla Open Access Manifesto. Things haven't changed for the better.

Many governments cut back on civil liberties. Out of fear from protests, terrorism or diseases, emergency laws are put in place to stay. Ever more privacy intruding practices are deployed on a massive scale.

Yet instead of protecting the public interest, the data harvested by companies and governments is being misused to surveil the population, polarise the political debate and divide the public opinion. This evolution weakens Democracy. History has taught us time and again that mass surveillance doesn't make the world a safer place. Quite the contrary! Surveillance, electoral interference and censorship are the building blocks for oppression and state brutality.

It's time to fight back against surveillance capitalism and safeguard our coexistence in an increasingly digitised world. Benjamin Franklin would agree: "They who can give up essential liberty to obtain a little temporary safety deserve neither liberty nor safety". 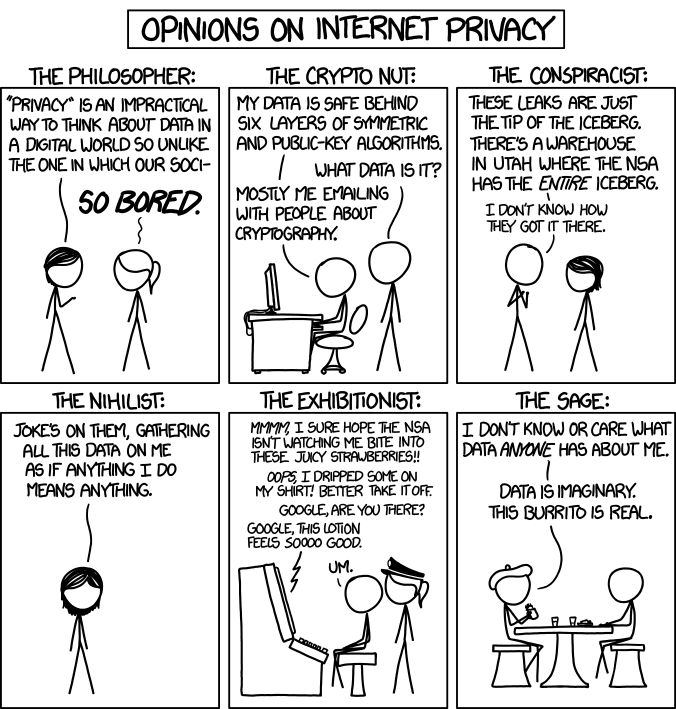